Rod has recently appeared on Broadway with Helen Mirren in The Audience.

He also appeared with Martin Sheen and Al Pacino in Julius Caesar at the New York Shakespeare Festival, and on Broadway with Laura Linney in Holiday.

Also on Broadway; Death and the King's Horseman, Our Town, The Real Inspector Hound, Saint Joan, and Timon of Athens, The Government Inspector, Cyrano De Bergerac.

At Lincoln Center, When the Rain Stops Falling and Observe the Sons of Ulster Marching Towards the Somme.  A member of Atlantic Theater Company, Rod has performed in their productions of Edmund and Clean, Keep Your Pantheon, and School.

Rod appeared with Felicity Huffman and Ed Begley Jr. in November at the Mark Taper in Los Angeles, and originated the role of the Messenger in David Mamet’s Keep Your Pantheon, part of Two Unrelated Plays at the Kirk Douglas Theater, with Ed O’Neil and David Paymer.

He also performed Mamet’s School, with John Pankow, as a curtain raiser. Regionally, Rod has done What the Butler Saw at the Marc Taper Forum, Wait Until Dark at the Geffen Playhouse, Dead End, and Observe the Sons of Ulster Marching Towards the Somme, at both the Williamstown Theater Festival and Boston's Huntington Theater. Also, The Lonesome West at South Coast Repertory. 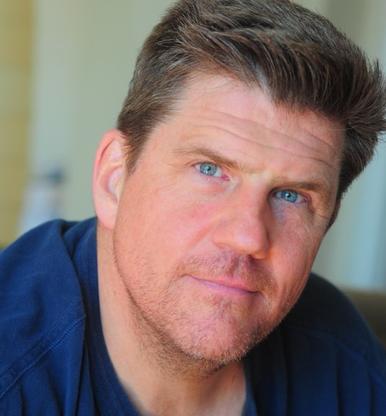